Speleotherapy means to be located in a room or area with a presence of Salt Crystal Rock and to breathe the Ionized air. Speleotherapy is a therapeutic measure in the treatment of chronic obstructive airways diseases and as an alternative treatment for asthma.

It is used extensively in Eastern Europe; including Ukraine, Poland, Czechoslovakia, Armenia, as well as in Asian countries; specially South Korea as a natural health alternative for respiratory conditions, immune system dysfunction and illnesses. Although rarely practiced in the U.S. and Canada, many therapists, upscale health spas and clinics around the country increasingly recognize the benefits of Speleotherapy. 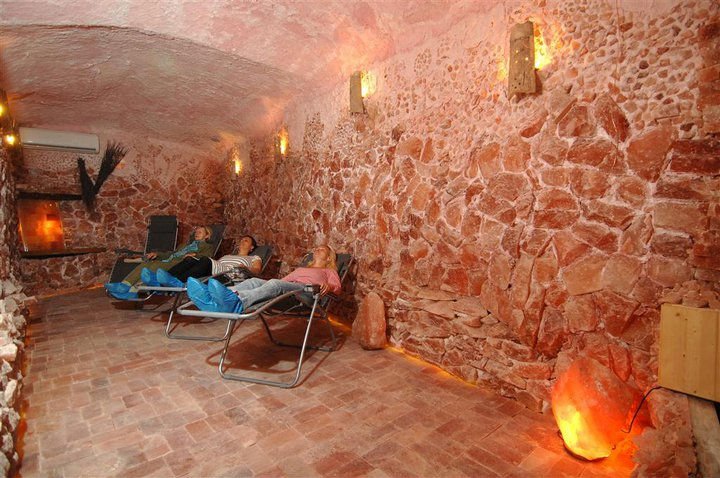 Speleotherapy, a process that involves using the health enhancing effect of salt mines or caves to ease asthma, is an old and yet popular alternative therapy.

The positive impact of the cave environment in general and salt’s particular effect on man’s health has been known since ancient times. Early on, people noticed that wounded animals escaped to caves, where they healed their wounds or stings. People investigated this phenomena and a new branch of medicine called Speleotherapy began. (“speleo” is Greek for cave). One study describes a course of therapy that was 4 hours a day for 6-8 weeks; the 100 asthma patients reported improvement, which lasted 6 months to 7 years (Skulimowski, 1965).

During the wars in the 1940’s, many villagers hid from their enemies in salt laden caves and mines for weeks. They discovered that coughs, stuffy noses, and other breathing ailments were alleviated.

ROCK SALT FEATURES
Translate »
× How can I help you?